This release of Dashworks includes several key improvements, including the ability to override locations of imported objects, new options to download and save charts from your dashboard widgets, and further development on organizing lists with tags. You can now group tags by Project, enabling you to identify and manage Lists much more efficiently. A number of improvements build on previous Dashworks releases, for example, enhancing API import, list management, custom fields and Self Service. 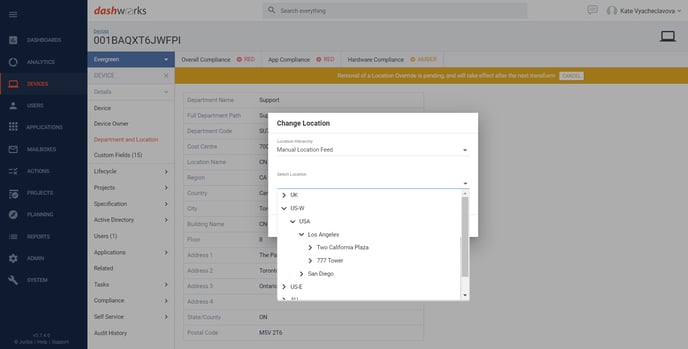 Department and Location data for objects can be bulk imported into Dashworks. In this release, you are now able to manually override the imported Location for a Device, User or Mailbox. This is particularly useful if you want to split objects by Location for use in Self Service, or update the data to indicate the physical location of an object. Manually overridden locations are indicated, and you can filter for objects that have an override. 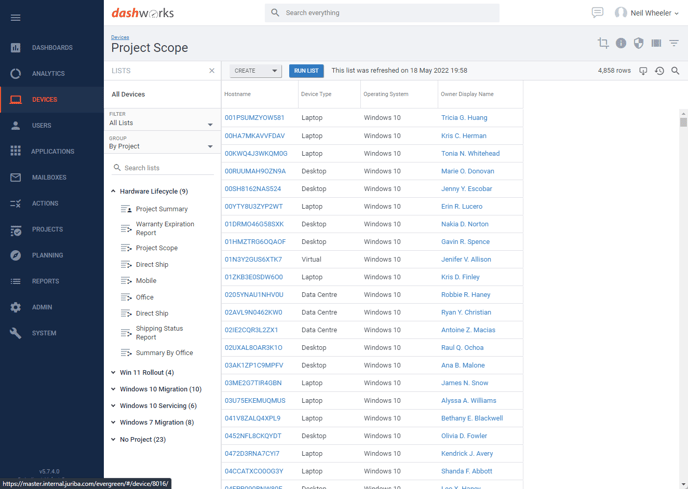 Dashworks Lists are a powerful way of quickly collecting, identifying, and using information. In this release, we have added the ability to group Lists together based on their Project, enabling you to track, identify and manage your Lists more easily.

This release includes a number of improvements to Dashboards. You can now print, or download and save your pie, bar, column, line and donut widgets, as well as view them in full-screen. In addition, you can also reposition the legend, helping you to view and present your data more strategically.