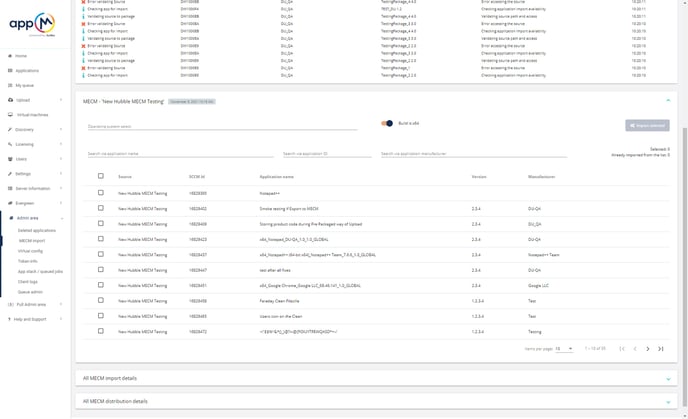 The import process is now split into two separate steps. AppM performs a scan of all existing applications and packages from the selected MECM source. The collected data is then compared with existing, imported packages, and AppM displays all the packages in a table. You can then select any entries you require for import, and ignore the existing rows in the table. This avoids the need for a lengthy import process that imports all the packages from MECM regardless of whether they are required for testing. Additionally, only the packages that are needed are now imported, reducing the storage requirements.