AppM 2.4 is an important release for any organisations still using packages in Microsoft Endpoint Configuration Manager (MECM) rather than, or as well as, the application model. These packages will now be imported alongside applications, using the existing MECM import functionality. In the ongoing effort to improve our security posture, media uploads are now subjected to anti-virus scans to protect the integrity of your infrastructure.

Previously the import from MECM included applications, but not the legacy packages. However, many organisations still use the packages and programs approach in MECM, and have not yet fully moved to the application model. In AppM 2.4, rather than having to upload MECM packages manually, you can be automatically import them directly from MECM at the same as the applications. The import includes programs containing install and uninstall commands, ensuring these MECM packages are immediately ready to be tested, repackaged and converted. Where it is not possible to determine the install and uninstall commands, a dedicated page provides you with options to resolve them. 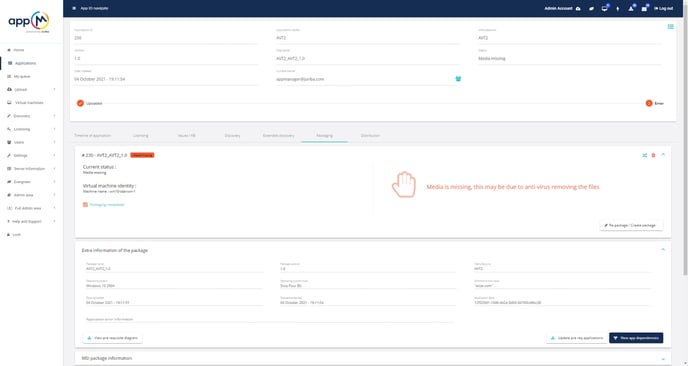 Uploaded media, such as application source files, are now protected by anti-virus, ensuring malicious files will be identified and discarded. AppM uses your existing corporate AV solution, whether that be Windows Defender or a third party, to ensure that all files meet the security requirements already in place. This functionality uses Microsoft’s Antimalware Scan Interface (AMSI) .