The Einstein release enables you to publish packages from AppM to Microsoft Endpoint Configuration Manager (MECM). These packages are created in MECM as Applications. The release also includes an option to suppress legal notices during the logon process, depending on how legal notices are set up at your organisation, this may avoid you having to make group policy exceptions to enable automated logons. 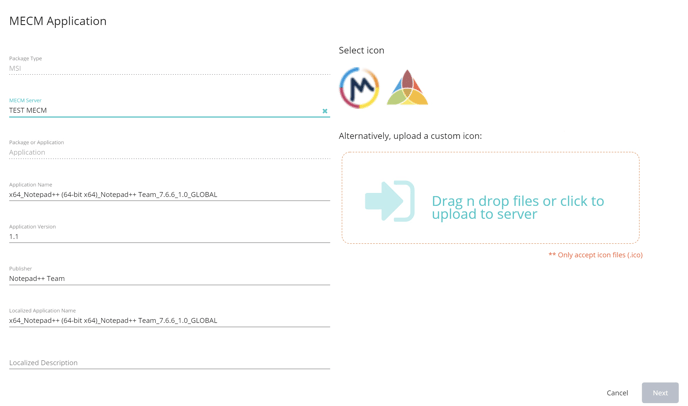 MSI Packages can be published to MECM as applications via a rich, wizard driven process in the UI. This creates a complete application management process that can driven end-to-end from AppM, all the way through import to repackaging, testing and finally publishing to MECM ready for deployment to end users.