The device ownership component for self service comes out in this release, supporting a number of use cases including hardware lifecycle projects and Windows 10 servicing. Resynchronising devices, users, mailboxes and users between Evergreen and a project can now be done as an automated background task as well as being available in the Evergreen UI via lists. This ensures that the information in your project is always kept up to date. In a further improvement to Email Migrations, mailboxes that have been decommissioned can now still be seen in Mailbox lists.

The latest component to be added to Evergreen self service is Device Ownership. This allows project teams to present a targeted, customisable screen to end users which enables them to confirm or change the ownership of a device. Establishing and validating the owner of a device in advance of initiating any change is a key success factor in many different types of project. 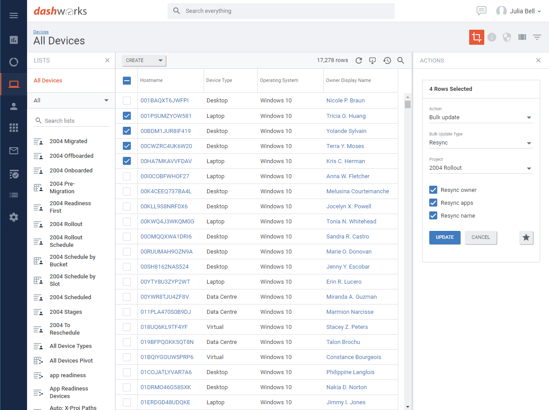 The enhanced object resync capabilities in Evergreen are now available via both bulk update and automations. This resync function allows you to align properties of an object in a project with those in Evergreen. The properties that are resynced are different for each object type, but these include object name, owner, apps and application attributes. 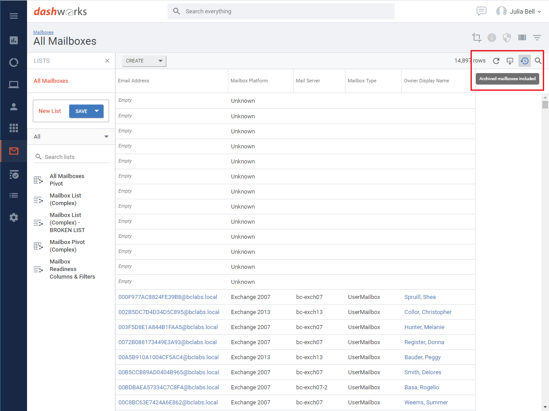 Mailboxes that have dropped out of the live data feeds since they were first imported can now be seen using the Include Archived Mailboxes function. They can be toggled on and off in the Mailboxes list using a new button. This allows you to continue to see project information about mailboxes that have been migrated and therefore decommissioned.