5.5.0 is a major new release of Dashworks and introduces the new Evergreen Self Service feature. Self Service is set to be a game changing feature which we will continue to build over the next 18 months with increasing flexibility and functionality. At this stage, self service is a preview with a small subset of the final functionality, focusing on the application ownership use case. 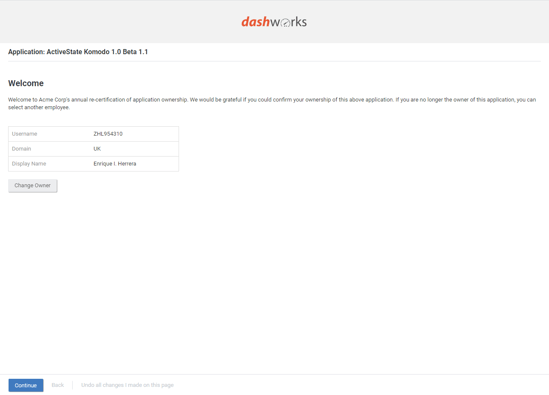 The new self service preview allows users across your organisation, many of whom would not normally use Dashworks, to confirm or change ownership of applications. Application owners are people who are the single point of contact within the company for an application who may be responsible for licensing, testing and approving new versions. Self service has been built as a flexible open structure that will ultimately serve multiple different use cases. This first release presents the end user with information about the owner of an application with the opportunity to change it to another user. 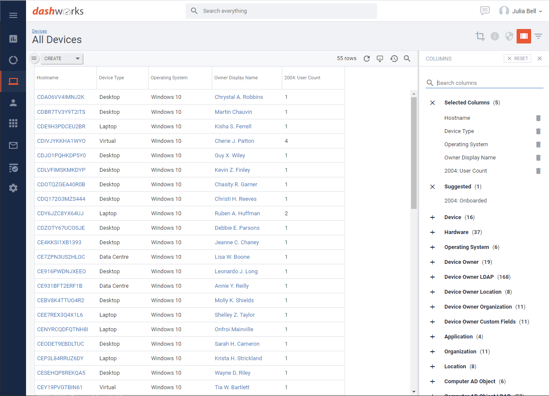 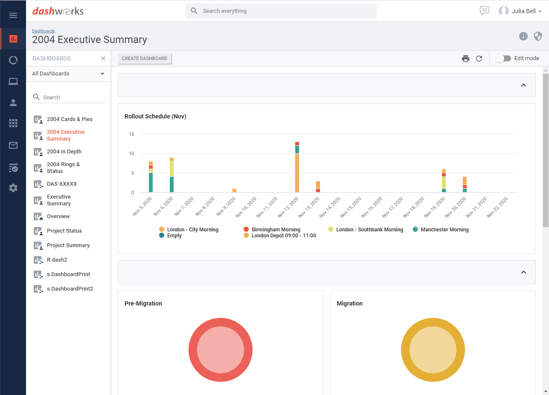 When you create a widget based on date data, dates which have a count or aggregate of zero, within the range of dates will now be plotted as a data point. This gives an even cadence to the data along the axis, and is how most users would expect to see the data displayed. This is particularly useful when showing schedules or monthly snapshots of data on dashboards.