Application, device and mailbox owners in a project can now be updated in the Evergreen UI, a key step as we continue to enrich the interactive functionality on the Evergreen side. Updates to rings, buckets and capacity units can now be used in automation actions, making this important bulk update available in automated workflows. Lastly, user lists can now filtered by properties of mailboxes the user is associated to. 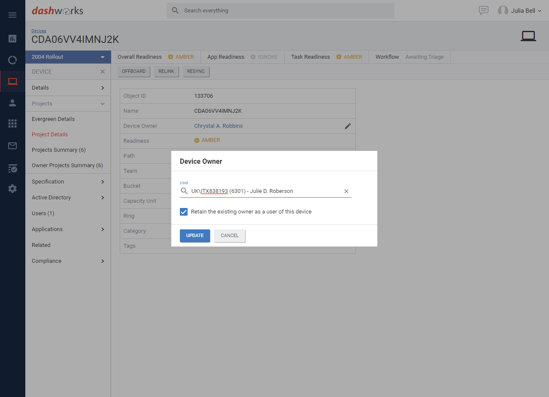 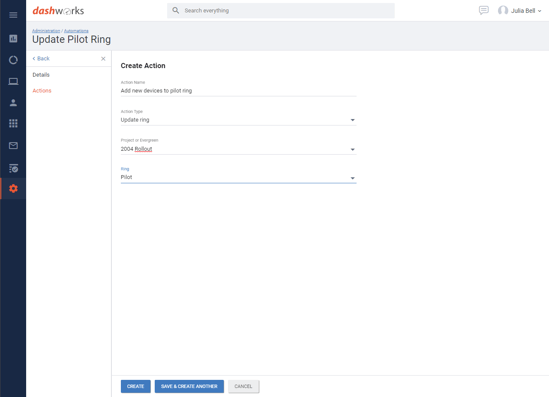 Bulk update of rings, buckets and capacity units has been available in the Evergreen UI for some time, however it was a manual one time process. Now this functionality is available as a background task via the Automations functionality. This allows you to set up criteria, via a dynamic list, to add newly seen objects to the correct ring, bucket or capacity unit in the background, without any manual intervention.

There are 37 new filters on the User List under the Mailbox category. These allow you to filter the list of users based on a property of a mailbox they own (or don’t own). For example you can see all the users who own a Mailbox over a certain size; or alternatively all users who do not own a mailbox on Exchange 2016.