Application owner emails open up the channels of communications with your lines of business to verify information in your application catalog. These emails can be sent in the same way as emails to device or mailbox owners to give instructions or ask for feedback. The rich functionality of relative date task updates has the new addition of updates relative to other task values allowing you to keep interlinked information fresh. Bulk updates have also had some of the fields condensed to reduce the number of clicks necessary. Device and User Applications can now have relationships defined that include where apps are not in the current or target state, important when validating information and looking for gaps. 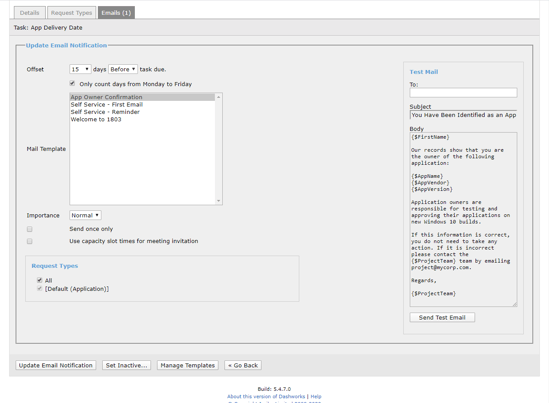 It is now possible to send emails to application owners within a project. This is scheduled through application date tasks and can be offset (+/-) the task date. Some examples of how these emails can be used:

Bulk Update and Automations: Relative to Another Task

Date task values can be updated to the same value as another task, with or without an offset. This can be used to set date tasks for self service email reminders, based on a separate task for the original self service email. Another use case is to set the values of date tasks that are relative to the scheduled date of a deployment. Naturally the same functionality has been made available in Automations. 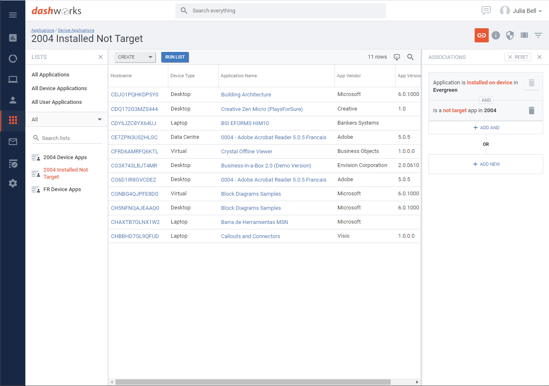