The stacked and clustered charts are a great feature to add richness to your dashboards. It's something we've been asked for many times and I'm really pleased that it has made it into this release. Visualising data in a meaningful way often requires insights across multiple data points, and Dashworks now has this flexibility. In order to add further functionality to application management, new types of associations for the current and target state of a project are now available on Device Applications. User applications, meanwhile, has benefited from new columns and filters: Evergreen bucket, capacity unit and ring. Also adding functionality to application management is the availability of further data points to update in Application Attributes in both Automations and Bulk Update. 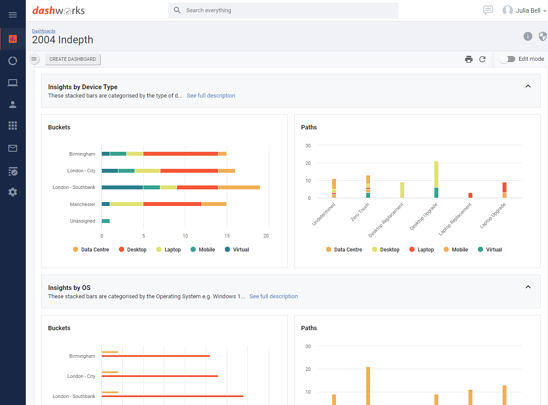 Bar and column widgets on dashboards now have the option to be stacked or clustered. This enables an additional dimension to be added to the data you are summarising, within the same chart. For example you can have a bar chart that is split by readiness, and then stacked by device type. Dashboard sections can now optionally have titles and descriptions allowing you to add more explanation to your data visualisations where needed. They can also be collapsed and expanded making it easier to navigate around larger dashboards, and you can even choose to have some sections collapsed on first load to highlight the most important charts to your users. 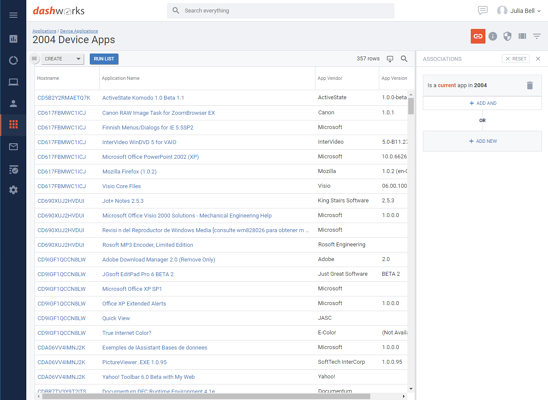 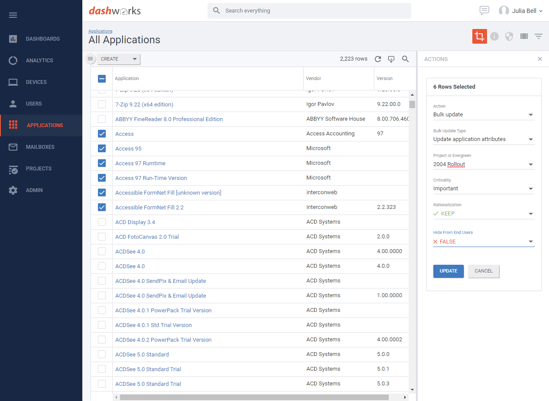 Bulk update of application attributes has been expanded to include Criticality and Hide From End Users for projects and In Catalog, Criticality, Rationalization and Hide From End Users for Evergreen. As expected, these additional fields have also been added to the Update Application Attributes action type in automations. This gives you the option to maintain this key information about your application catalog in bulk, both via the UI and with automated workflows.