Enhancements to application management capabilities continue in Dashworks 5.4.5. All User Applications is a breakthrough in managing user to application associations in bulk, and the counterpart to All Device Applications. Both of these features continue to be developed, with new association types, filters and columns in the pipeline. The focus for automations and bulk update in this release has also been on applications with updates to Project Rationalisation and Compliance now available. Additional pieces of the Application Owner story are now in place with owners now being onboarded into projects. User permissions have now been applied to the Evergreen interface with the same rigour as they have always had in the legacy interface, giving administrators the confidence to open up access to the Evergreen interface whilst keeping control over the information can be edited. 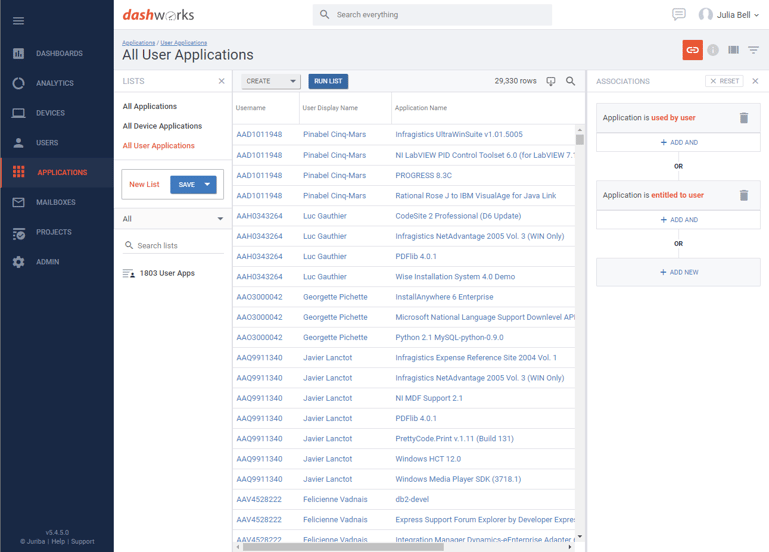 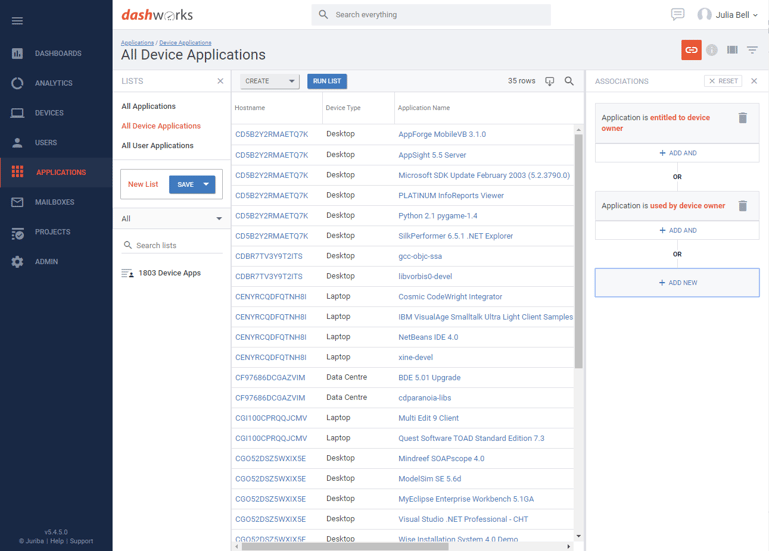 There are 2 new association types on All Device Applications: Entitled to Device Owner and Used by Device Owner. Previously, reporting on the relationships between devices and applications was straightforward as long as your data held direct app to device relationships, now you can perform this same analysis even if your data only contains application to user relationships (DAS-18092). This ensures that analysis of your application estate is unhindered by the type of data you have. There are also new columns and filters available for: Device Custom Fields, Application Custom Fields, Device Location. 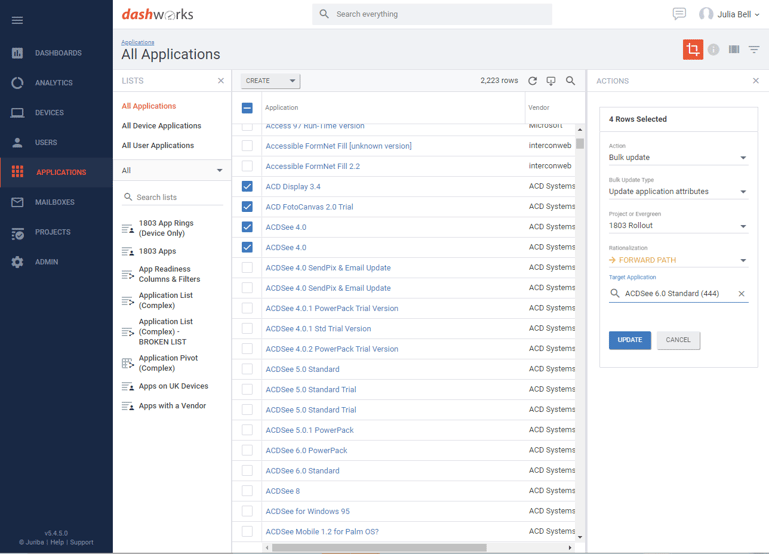 There are 2 new ways in which you can bulk update applications: Project Rationalisation and Evergreen Compliance. Rationalisation is the categorisation of applications into Keep, Retire, Forward Path or Uncategorised. If Forward Path is selected then a target app to forward path to is also selected. Compliance uses the red/amber/green traffic light system and indicates whether an app has been approved for use in the organisation or presents a risk. Both of these were previously available to bulk update in the legacy interface, however now it is possible to leverage the powerful filtering capabilities of the Evergreen interface to choose which apps to bulk update. 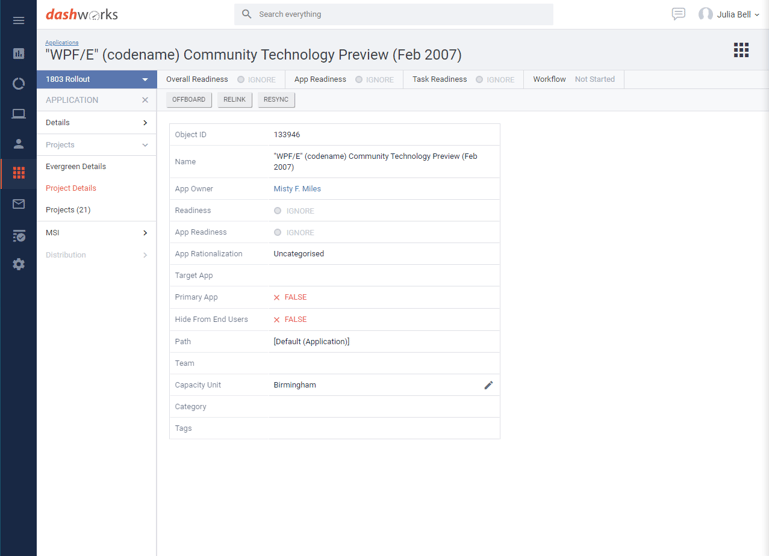 Both role and object security is now enforced on the Details pages for all functions that can materially change your data, such as relinking or updating a capacity unit. Role security affects the types of function that are available to a user, for example only members of the Project User Object Editor rold can offboard users from a project. Object security affects the specific objects that a user has access to. In order to make changes to an object, for example to their Capacity Unit, that object must be in a bucket that is owned by a team that the current user is a member of. Users with the Project Administrator role can update any object in a project, regardless of which teams they are in.