In the Dashworks 5.4.2 release, progress continues on the Automations and Evergreen Details workstreams. A new automation action type means it is now possible to update project task values in the background based on logic. Evergreen details now has project object relinking and offboarding available. These functions have been improved from similar functionality available in the legacy interface. In Dashboards, the ability to aggregate by severity on readiness and compliance values supports the creation of executive scorecards. 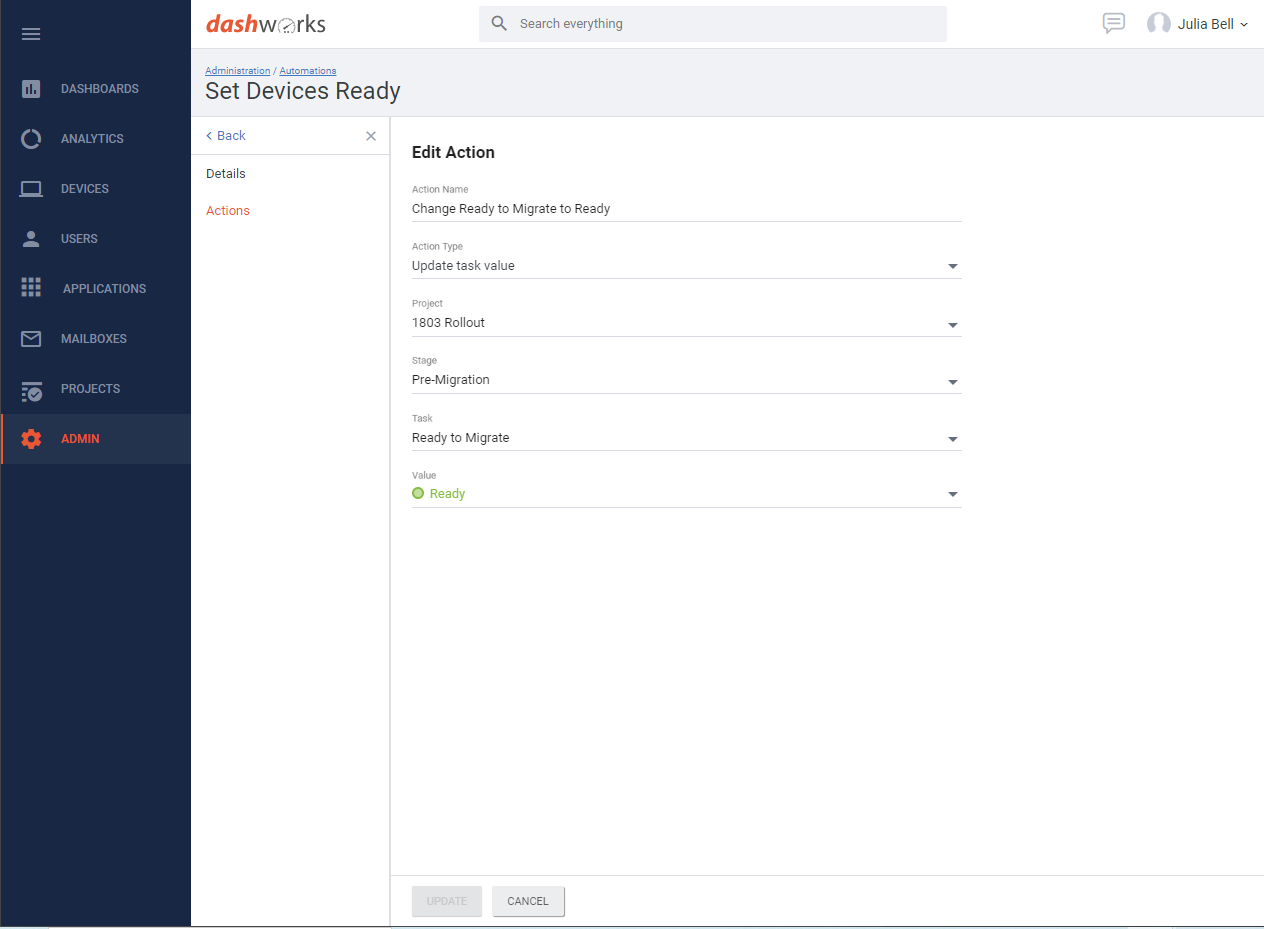 The second action type to be introduced to automations is Update task value. Automations are workflows that run in the background on a schedule, without the need for manual intervention. The scope of an automation is based on a saved list, pre-defined actions are then performed on the objects in the list according to the schedule. The Update task value action supports all types of task value: radiobutton, date and text. It can can also be used to amend capacity slots and task owners. Being able to update task values in this way is a critical step towards being able to automate your workflow based on incoming data changes or other activities performed in the system. An example would be switching off a user's access to self service once a scheduled date has been set for their migration.

Offboard and Relink Objects in Evergreen 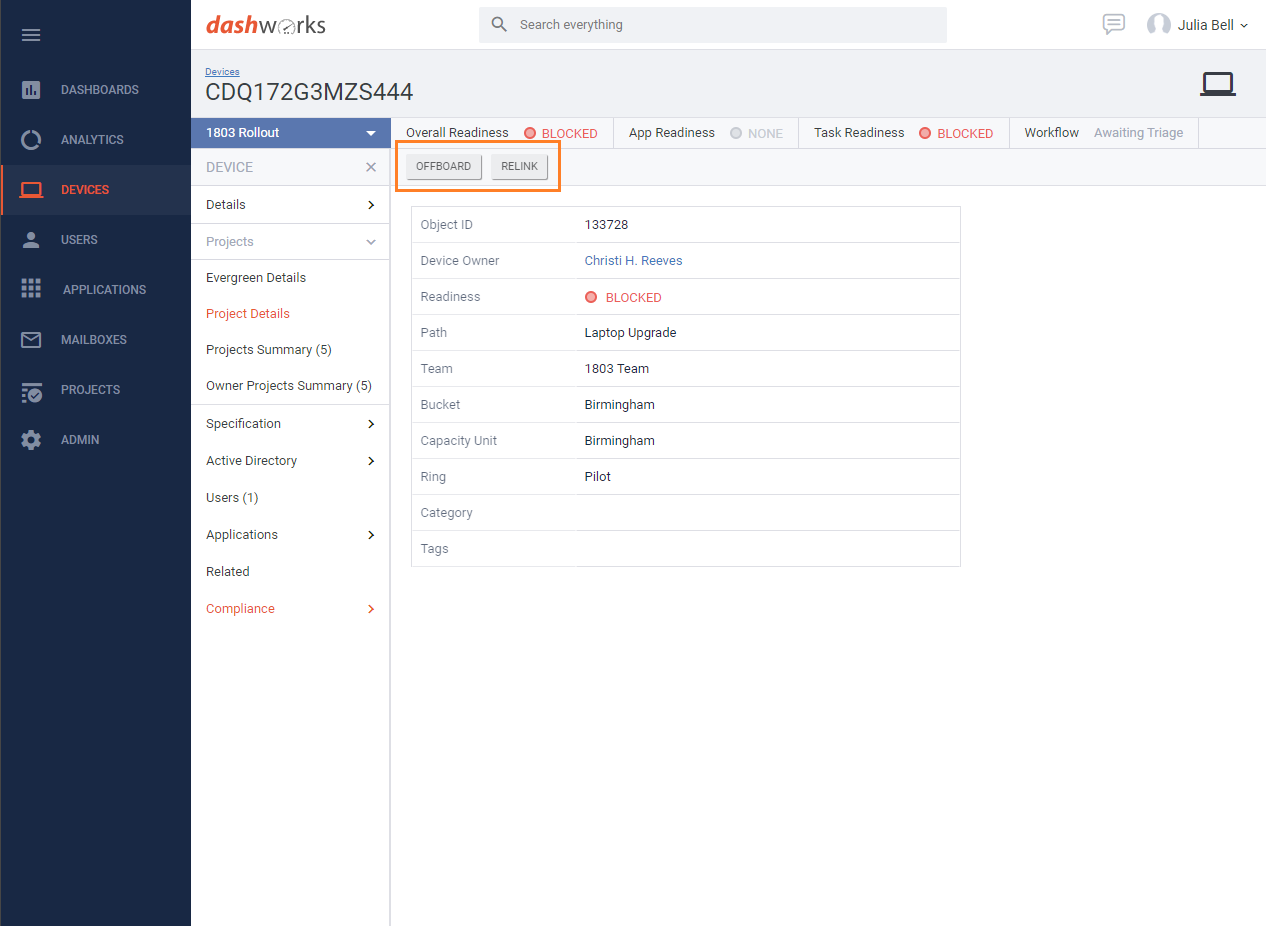 Progress continues on introducing interactive functions to the Evergreen Details pages. The latest two on the Project Details page are buttons to offboard and relink objects, which are both already available in the legacy interface and work in a similar way. Offboarding removes an object and all its information from a project, whilst retaining its Evergreen data and information in other projects. This functionality is improved in Evergreen since you are now offered the choice to also offboard associated objects whether the object you are offboarding is a user, device or mailbox. Relinking allows you to change the link between an object in a project and its related object in Evergreen. This can be useful when tracking a device which has been replaced as part of it's migration through the entire process.

Aggregate by Severity on Dashboards 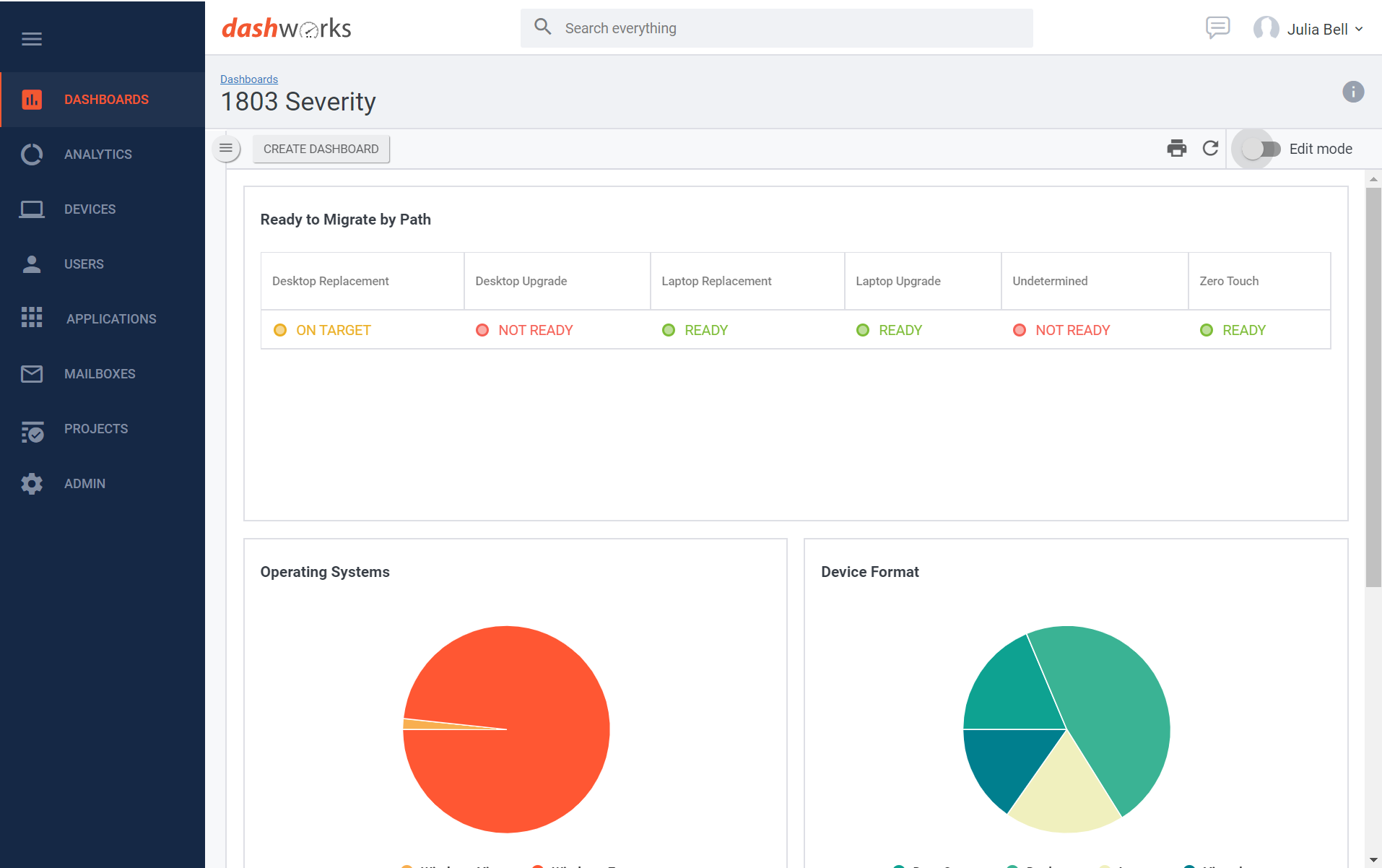 A new way of aggregating data is available on table widgets in dashboards. If Severity is chosen in the Aggregate By field, you are able to show the worst case readiness or compliance across each of the values you have chosen to split by. An example is to create a table where the columns are each of the paths in a project and the worst case readiness in that project is shown as a value for each of those paths. This can be used to create executive views of project progress that are broken down into more detail.