Welcome to the Dashworks Release Notes page. Here you will find information on our very latest version of Dashworks.

You can also find information on previous releases linked at the end of this page.

If you would like to be notified by email when a new release is published, you can subscribe using the form on the right.

This release contains a number of key improvements including being able to log in with an Azure Single Sign On, detailed device histories and forward pathing when tracking computers through the hardware lifecycle, department coverage target percentages when setting ring scoping for a project, and the configuration of conditional components that can be used in the Self Service portal. 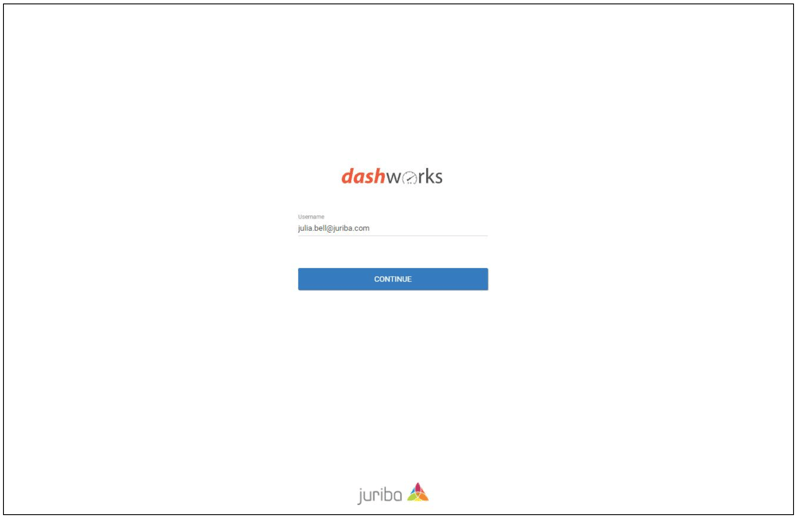 Users can now log into Dashworks using their Microsoft 365 account as Azure Single Sign On (SSO) is supported. This reduces the need for users to manage different logins to different systems and gives administrators control to enforce password strength and multi factor authentication in line with their existing corporate policies. 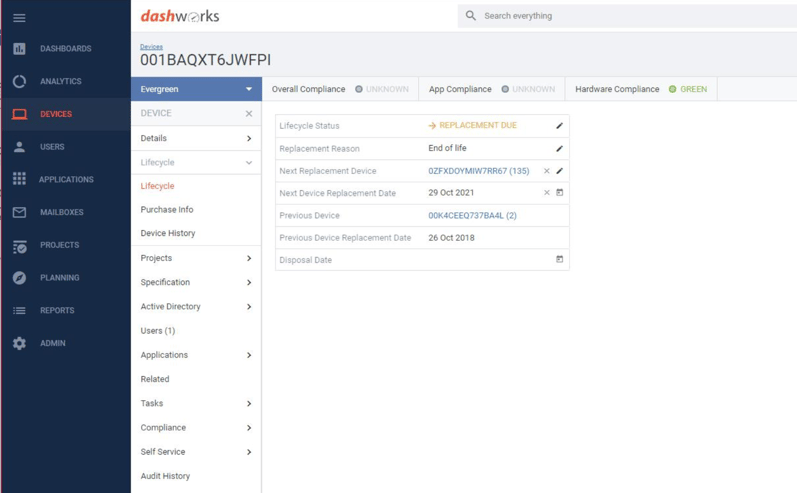 As part of any hardware lifecycle process, devices must be replaced when they reach the end of their warranty or lease. Mapping a device to its replacement is now possible in Dashworks. This means that decisions and actions around suitable replacements, device disposal and recycling devices after users leave can all be managed within Dashworks. You can see the full history of how devices have been replaced in the past. Managing devices from manufacturer to end of life gives a complete solution for hardware lifecycle management.

Hardware Lifecycle displays the history, current status, and future ‘path’ of a device. For example, a computer could be on order, in stock, in use, due to be replaced or upgraded, or retired from use. Additionally, Lifecycle Status enables you to view and manage the relationships between devices, enabling you to track which device was replaced with which, any Next Replacement devices, and, where appropriate, a planned ‘forward path’. You can also use Lifecycle filters to track device lifecycles.

Self Service now has the flexibility to present different components to the end user based on their interaction with previous components. For example if a user indicates they do not own a device then further questions about that device will not be shown. This allows self service to be much more customisable to cover different scenarios. Conditional logic is based on underlying tasks in a project. For each task available, you can choose which other components are revealed.

When determining which devices to include in the pilot for any project, one of the goals is to ensure that those devices represent a diverse cross-section of your enterprise. Dashworks now includes the option to ensure that devices are selected from either all or some of the lines of business across your organisation, using configurable options. You can specify coverage targets as a percentage for any department you choose, at any level of your departmental hierarchy. A simple red and green system shows whether coverage targets have been achieved in any particular ring within your project.